Steve Clarke has admitted that Reading FC was hard done by a penalty call in the game versus Charlton Athletic played yesterday, but, he reckons that the response of the Royals’ players to that situation could have been far better.

According to Clarke, his boys seemed to throw the towel in once that penalty incident took place and that was so disappointing. They should just have told themselves that it was one of those things that did not go their way and they needed to move on from that, but, they almost took it as a knockout punch. 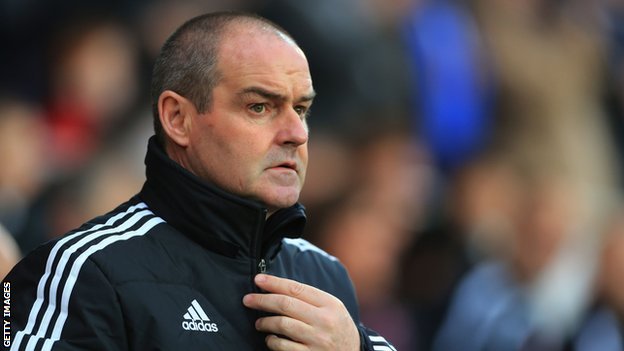 More than the result, it was that surrendering attitude of Reading which left the manager in a devastated frame of mind.

Speaking to a website, Clarke said, “You get some harsh decisions on the pitch, but, you have got to react to it in a matured way which we were not able to do to be honest. We were aggrieved and felt as if all was lost there. It was not thoroughly professional from us.”

“The decision was already made and it was never going to be altered. So, there was no point letting that influence our minds. We should just have forgotten that and started focussing on the game again, but, I don’t think it happened.”

Clarke also emphasized that although Reading is quite a few points clear of the demotion zone, it would be too early for the players to think that they are completely secured.

In the words of Clarke, “Things can go terribly wrong from here if we are not on the ball. We are not 100% sure to end up on the safe side as yet. We have to concentrate harder and there must be consistency for the full 90 minutes, not like today.”