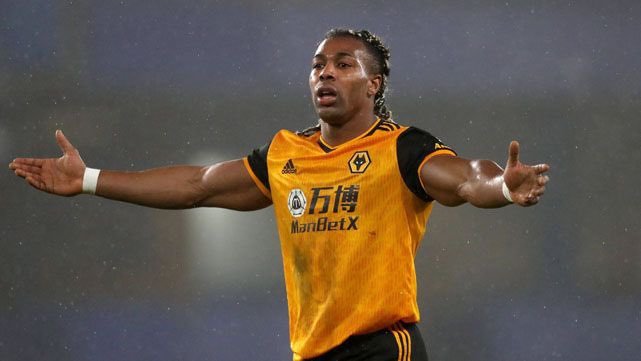 Liverpool raided fellow Premier League team Wolverhampton Wanderers for Portugal international attacker Diogo Jota at the start of last season and they could return to the club to sign another attacking talent.

Apart from Liverpool, Adama Traore has been linked with Spanish team Barcelona. The 25-year-old started his footballing education at the famed La Masia Academy at Barcelona many years ago before Aston Villa prised him away from the Catalans. He went on to play for Middlesbrough before Wolves secured his transfer three years ago.

Wolverhampton Wanderers signed him from Middlesbrough for a fee believed to be around £18m in the summer of 2018 and he has been a regular in their team since then. The eight-cap Spanish player could be the man to plug the attacking gap for Liverpool manager Jurgen Klopp when his players leave for the African Cup of Nations (AFCON) in the next few weeks.

Liverpool are expected to be without three of their players due to the AFCON tournament and they are leading goalscorer Mohamed Salah of Egypt, Sadio Mane of Senegal and Guinean star Naby Keita.