Wolverhampton Wanderers are back to winning ways following their 2-1 home win over Aston Villa in their Midlands Derby clash in the Premier League. Wolves came into the game on the back of a disappointing 3-2 defeat to Leeds United at home just before the recently concluded international break and they were able to bounce back from the defeat with a win over Villa. Wolverhampton Wanderers were cruising to a win over Leeds United after scoring two first half goals through Francisco Trincao and Jonny Castro only for them to fall apart in the second half after Mexican striker Raul Jimenez was given his marching orders for two yellow cards. Leeds went on to win the game by scoring three goals after the Jimenez red card through the likes of Jack Harrison, Rodrigo Moreno and Luke Ayling. 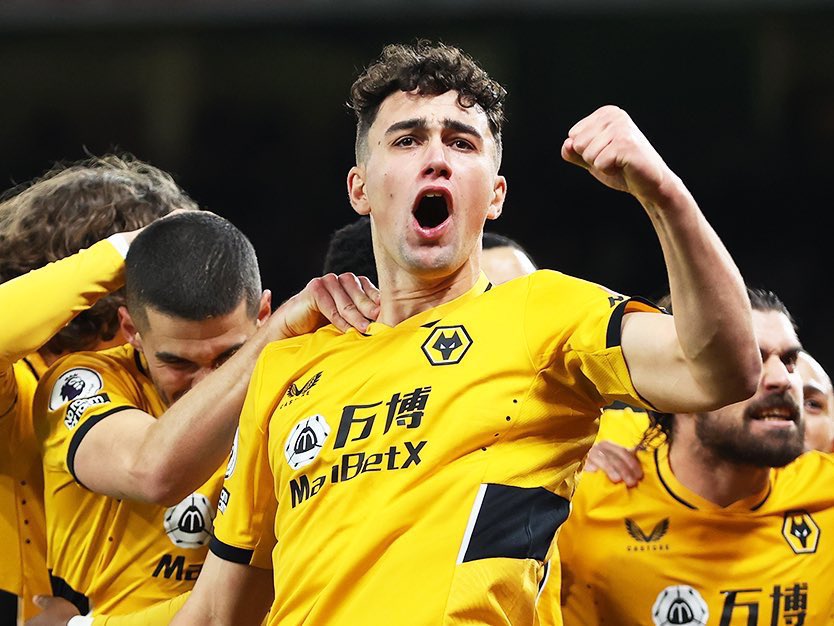 For the Villa game, Wolverhampton Wanderers also scored two goals in the first half and they would go on to secure victory as a result unlike the Leeds United game.

Portuguese fullback Jonny has been amongst the goals since he returned to the Wolves squad from a lengthy injury layoff and he gave his team the lead in the derby on sevenminutes to make it two goals in the last two games.An own goal from Ashley Young from a Marcal cross doubled the lead for Wolves as they went into the break with a two-goal advantage.
Aston Villa pulled one back in the second half with four minutes left on the clock through England international Ollie Watkins after Wolves goalkeeper Jose Sa brought down the striker. In the end, Wolverhampton Wanderers held on for a priceless three points in their quest for European football next season after inflicting a third successive league defeat on Villa. Aston Villa came into the game on the back of successive defeats against the London duo of West Ham United and Arsenal.